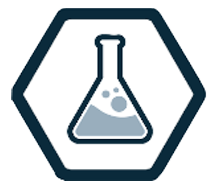 Free chlorine refers to both hypochlorous acid (HOCl) and the hypochlorite (OCl-) ion or bleach and is commonly added to water systems for disinfection. When ammonia or organic nitrogen is also present, chloramines known as monochloramine, dichloramine, and trichloramine will quickly form. Chloramines are also known as combined chlorine. The presence of free chlorine (also known as chlorine residual, free chlorine residual, residual chlorine) in drinking water indicates that: 1) a sufficient amount of chlorine was added initially to the water to inactivate the bacteria and some viruses that cause diarrheal disease; and, 2) the water is protected from recontamination during storage. The presence of free chlorine in drinking water is correlated with the absence of most disease-causing organisms, and thus is a measure of the potability of water.